Copper is widely used and can withstand very high temperatures. It is always used for the final connections made to central heating boilers/furnaces where temperatures may exceed 100°C (212°F). The disadvantage of copper pipe (or “tube,” as it is known in the plumbing industry) is that it is rigid and either must be bent by using special tools or by using separate lengths of pipe and 45° or 90° joints. 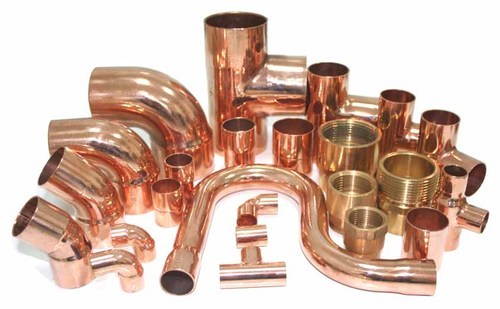 Fittings are made from various materials, including plastic, brass, Copper, and iron. There is a huge variety of types with different functions, including 90° and 45° elbows, offsets, T-joints, Y-joints, cross joints, gate valves, ball valves, non-return (check valves), reduction fittings, couplers, and flange (bulkhead) fittings for making a connection to oil or water tanks.

An elbow is installed between two lengths of pipe (or tubing) to allow a change of direction, usually a 90° or 45° angle; 22.5° elbows are also available. The ends may be machined for butt welding, threaded (usually female), or socketed. When the ends differ in size, it is known as a reducing (or reducer) elbow. 90Elbow / 45 Elbow / long radius 90 elbow under Certification ASME B16.220.

A 90º elbow, also known as a “90 bend”, “90 ell” or “quarter bend”, attaches readily to plastic, copper, cast iron, steel, and lead, and is attached to rubber with stainless-steel clamps. Other available materials include silicone, rubber compounds, galvanized steel, and nylon. It is primarily used to connect hoses to valves, water pumps and deck drains. A 45º elbow, also known as a “45 bend” or “45 ell”, is commonly used in water-supply facilities, food, chemical and electronic industrial pipeline networks, air-conditioning pipelines, agriculture and garden production, and solar-energy facility piping.
A fitting with three openings, a wye joins (or creates) branch lines. It is a waste-fitting tee in which the side inlet pipe enters at a 45-degree angle, or an angle other than 90 degrees. A standard wye is a Y-shaped fitting which allows one pipe to be joined to another at a 45 degree angle.

Wyes are similar to tees, except for the angling of the branch line to reduce friction and turbulence. They are commonly used to attach a vertical drainpipe to a horizontal one. The connection is typically at a 45-degree, rather than 90 degrees; if a branch turns out further at the end to 90 degrees (perpendicular), the fitting becomes a combo tee. Wyes and combo wyes follow a long-sweep pattern, relative to sanitary tees and other short-sweep bends, which have a smaller radius and require less space. A wye may also be used to split a branch line equally in two directions, such as the splitting of a main line into two smaller branches.

Wyes also have industrial applications. Although low-priced wyes are often spot-welded, industrial-strength wyes are flash-welded at each seam. In long-distance pipeline applications, a wye is used for pigging to maintain flow.

Need Help? Chat with us!
Start a Conversation 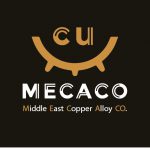 Mecaco
sales manager
Can I help you?